PARASITE EVE Needs An Advent Children Of Its Own

To a newcomer, the Final Fantasy series may seem impenetrable at this stage, as the most recent entry was the 15th in the mainline series and a 16th is on the way. But those in the know can quickly wave away any fears of it being "too late" to jump on board, as the games share no real connective tissue of note. Each game tells a new story with new characters, with only a handful of creature types (Cactaurs and Chocobos are the series' mainstays) and the general tone of their narratives being the only thing that ties all the games together. Otherwise, you can pretty much pick any game you wish in the saga and get the complete story, without needing to ever play anything else.

But there are a handful of exceptions (Final Fantasy XIII-3, anyone?), none more notable than Final Fantasy VII, which not only inspired a handful of other games (plus a remake that occasionally assumes you've played all of the above) but even a direct sequel in the form of an animated film subtitled Advent Children. The film originally came out eight years after the game's release and was a sort of consolation for fans who kept asking for a followup game, something series owner Square was hesitant to do. Picking up two years after the game's finale, in which Cloud and his pals were victorious against the villainous Sephiroth, Advent Children follows Cloud and (occasionally) the others as they try to stop the "physical manifestations of Sephiroth's surviving spirit" from resurrecting the tyrant.

As someone who only played the main game (over a decade ago; I haven't played the remake yet), I found myself needing to check the series' Wikia more than once when I revisited the film courtesy of Sony's new 4K UHD release of the film's director's cut, which adds 25 minutes to the original version. To be clear, this version makes much more sense than the originally released version, which seemed like it was often cutting out dialogue scenes between supporting characters in order to get to scenes featuring the likes of Barrett and Yuffie faster, i.e. favoring fan service over coherence. But with my memories of the game's story ever fading, I couldn't tell you the significance of characters like Reno or Zack, the latter of whom had an entire game dedicated to his story (one I never played) despite being a relatively minor character in the main game. The disc's bonus features, incidentally, are pretty much all geared toward newcomers, as one is just a 25 minute recap of FFVII and another is an even longer compilation of the plot points from the three spinoff games, all of which can provide more context for the movie's plot and character motivations.

Alas, this is not a video game site, so I'll shut up about Advent Children for a bit (other than to say it looks pretty great for the most part, though some of the animation is showing its age*) and get to the point. As I went through all this material, I started thinking: "Why can't they do all of this for their dormant Parasite Eve franchise?" For those uninitiated, Parasite Eve was essentially a cross between an RPG and a survival horror game like Resident Evil, and was a pretty big hit for the company when it was released, inspiring sequels and mangas, but then it just... vanished. And I think it's high time for a return.

It's got plenty of material to work with for any form of revival (new game, film... hell, I'd take a series on Quibi if it was still possible), as the game was based on a book by Hideaki Sena, but rather than adapt his story the game was essentially a sequel to it. The game (and its sequels) focused on a character who didn't appear in the book named Aya Brea, an NYPD detective who is present for a horrific event at Carnegie Hall where most of the occupants spontaneously combust. After surviving the incident, she works to figure out what is happening and stop it, battling monsters with ever increasing powers of her own until the final showdown with the villainous Eve. It's a pretty great game, with the role playing and horror elements balancing out quite nicely and (for Square) telling a pretty brief story; you could finish the game in under eight hours if you were good at it, unlike the 40-50 hour epics of their flagship Final Fantasy games. The monster designs were terrific and well varied, some you could even describe as grotesque, and with Aya by herself for the battles (as opposed to the team based nature of their RPGs), the terror quotient was always high.

It also had an entirely original cast, though someone eventually stops in to give a quick recap of the book's storyline to provide the connection to its source material. I wouldn't say it was entirely necessary to follow what was going on, but I'm sure it was nice for pre-existing fans of the novel who were probably quite confused why this "adaptation" had next to no relation to the source. Here in America there were probably only a handful of "OG Parasite Eve fans", as the 1995 novel wasn't officially translated until 2005 and the 1997 film adaptation wasn't easily available in North America. And even if it was, this was before J-horror really took off here, so it likely wouldn't have attracted much interest anyway as it's not as scary (and thus memorable) as the likes of The Ring and Ju-On, which (thanks in part to their remakes) were the ones to really open the floodgates here.

Unfortunately, the franchise more or less dried up after the late '90s. The second game, 1999's Parasite Eve II, was also successful (and leaned even further into the horror elements), but apart from the mangas the franchise just kind of fell by the wayside. It wouldn't be until 2010 that a revival was attempted, with the muted release of a 3rd game called The 3rd Birthday, which did little to help the franchise's standing. The game again starred Aya (albeit a redesigned one) but was otherwise more of a spinoff, and only released for the PSP, which at that point was already in decline (being a distant second to its competitor, the Nintendo DS). Long story short, I wouldn't be surprised if this article was the first you heard of it. 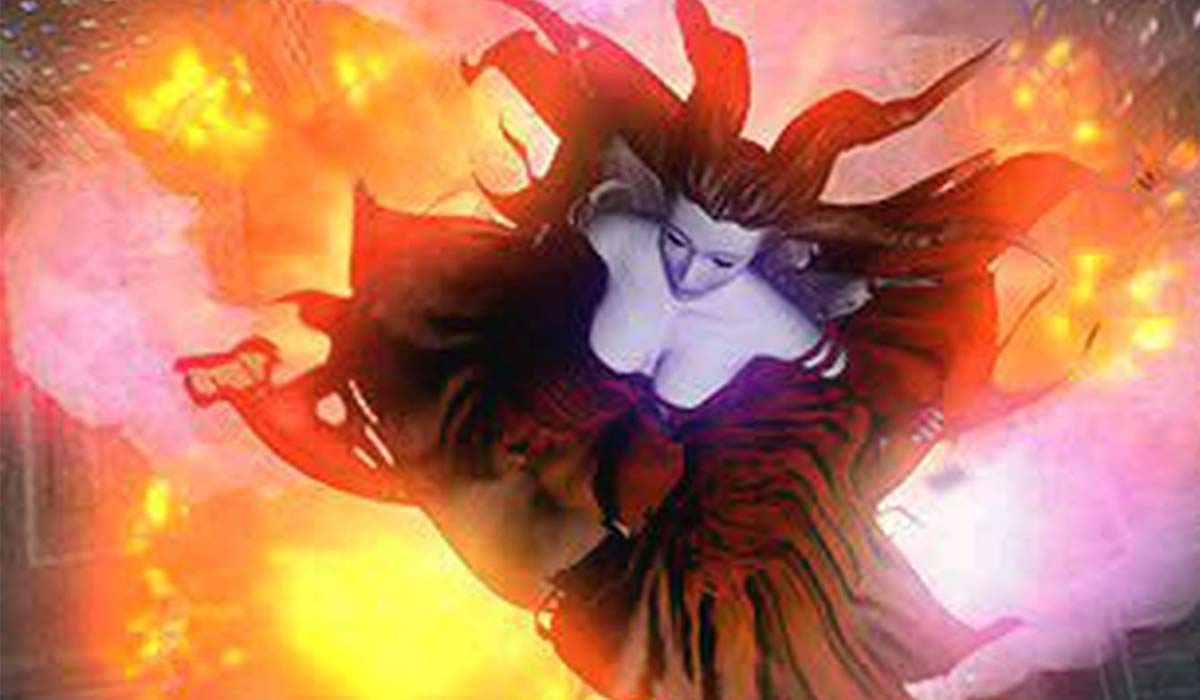 But that just makes it all the more ripe for a rebirth, as to most fans it's probably been 20 years since the series was last on their radar. As game companies continue to rely on remakes of their IP, it's a perfect time to bring back this unique franchise, which was occasionally hampered by technological limitations of the time. Like the OG FF7 and other games from that late '90s boom, Parasite Eve relied on (then) high quality full motion video scenes for its more epic moments, but then switched to ugly/cartoonish polygon models for the gameplay itself (not to mention had tank-like controls that have thankfully been phased out over the years), creating a distracting disconnect in the process. Nowadays, such scenes are barely distinguishable from the gameplay; even those once lauded cutscenes, which probably took hours and hours to render, aren't as smooth and lifelike as real time game characters can move about now. Voice acting was also not really a thing yet, so impatient gamers would likely lose focus reading awkwardly translated conversations for several minutes at a time, hammering X to get back to the fighting. As a result, the story might not have taken hold the way a fully animated/voice acted version can now.

Plus, nothing against Resident Evil, but why is it the only horror game in town these days? Dead Rising, Dead Space, Alone in the Dark, and Silent Hill are all currently on hiatus at best, with no new installments even hinted at last I checked, despite repeated fan wishes for their return. But with those series having to overcome massive expectations and (in many cases) lackluster later entries, the Parasite Eve brand remains largely untainted. Even that 3rd game couldn't have hurt much, as it wasn't even marketed as "Parasite Eve 3" (the word "horror" rarely appears in writeups about it, as well). A new Parasite Eve, be it a remake of the original or a full on reboot with new characters, with all the muscle behind the PS5 and/or Xbox Series X, could help the AAA horror game from facing near extinction, not to mention introduce this unique story to younger fans who have had almost no easy way of accessing the original games (the novel is available on Kindle, if you're so inclined). If the company feels it's too risky to try to launch a megabudget game, they can always do a new adaptation of the book as a film (live or animated) to test the waters, as its story wouldn't make for an exciting game but is a pretty good one in its own right (the original adaptation also changed the ending, so that's something else they can fix this time around).

Square filed a new trademark a few years ago, suggesting something new was coming, but there hasn’t been any news since. Hopefully there is something in the works they just don’t want to reveal just yet, because it would be a real shame for the company to let Cloud and his pals be the only ones to benefit from these technological facelifts. There's a lot of material here, both untapped and underseen, so half the work of coming up with ideas is already done for you. The time has come to let us help Aya save Manhattan from mitochondrial monsters once again!

*I find it kind of amazing that the 2005 films was, at the time, a jaw-dropping look at fully rendered versions of these characters, and now they look somewhat antiquated in the shadow of their FF7 Remake counterparts.